Do you ever have those moments in life where it feels like your karmic balance has reached its peak, and wonderful people, experiences, and happenstances begin flowing in? That’s the best way I can describe these last few weeks, really since right around my birthday, which is especially poignant and profound, considering the passing of the baton from one year to the next is often cause for strife or worrisome self-reflection. But no, not this year. I’m feeling uplifted and energized, awoken and alive, as though wildfires have been stirred from the quiet ashes that had been slumbering and smoldering inside. It’s all sounds very poetic and romanticized, I know, but sometimes those are the only words that speak to my heart. Perhaps better borrowed from the lush lyrics of Van Morrison, I feel like the world has on a mission to “rock [my] gypsy soul”, and now I’m on the most magnificent flow I’ve had the pleasure of experiencing for a long, long time. ♡ 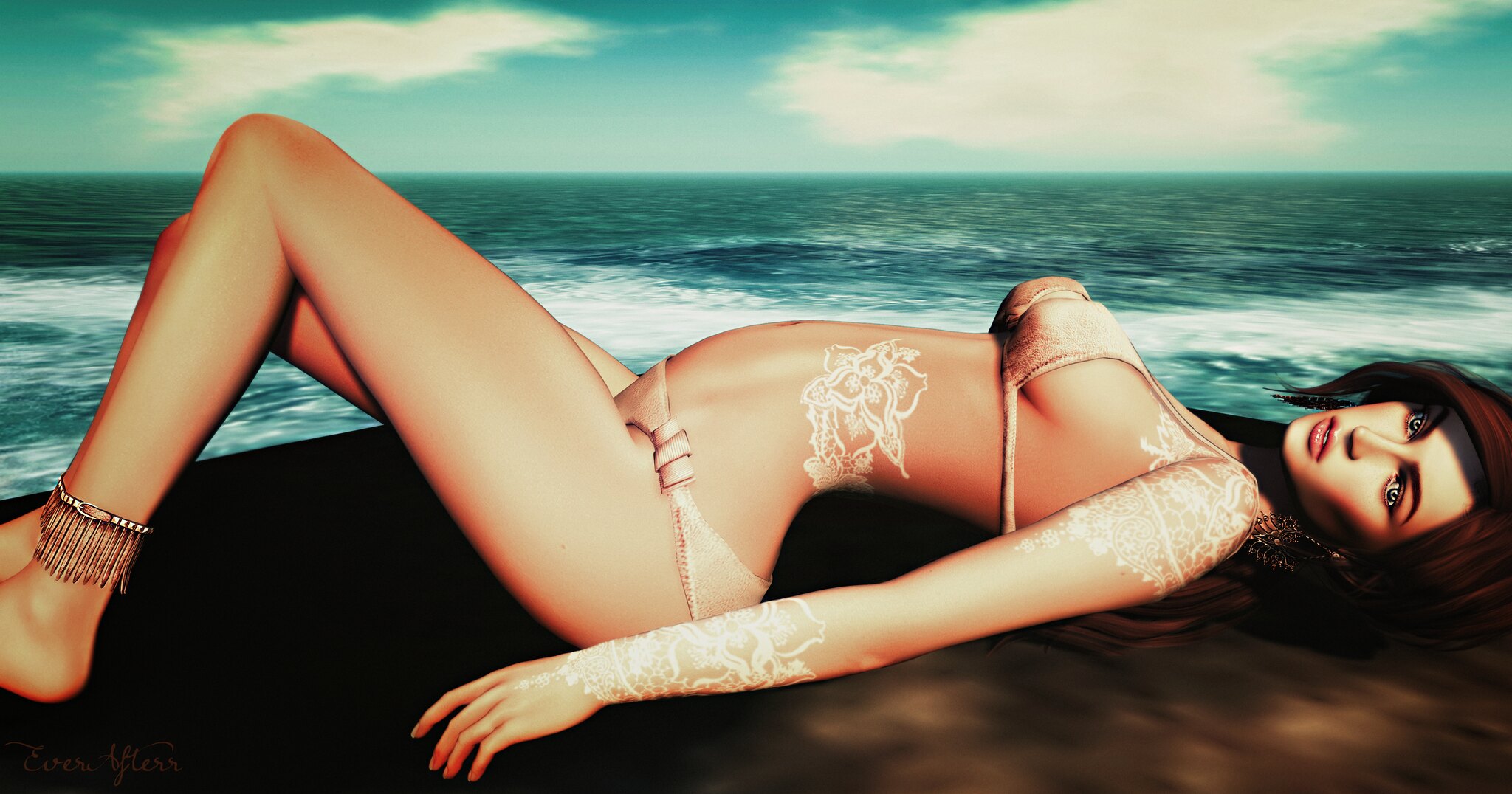 “Hark now, hear the sailors cry
Smell the sea, and feel the sky
Let your soul and spirit fly
Into the mystic …”

✈ Sights: The Trace Too
🎧 Sounds: Van Morrison – Into the Mystic

I also want to take a moment to thank the amazing people I’ve had the pleasure of meeting in Second Life since I returned in late April. Some were friendships rekindled and renewed from last year, while others are newly formed, and all are so incredibly dear to me. I mentioned to a friend that I had been making an especial effort to get out and enjoy the grid, and she noted with some regret that she needfully finds herself spending so much time in her skybubble taking photographs and writing, sorting inventory and getting organized, in order to stay atop her blogging commitments. I know this tendency so well that the words felt as though they had been pulled from my own experience.

But for my own enjoyment and well-being, and after such an encouraging response to what I wrote weeks ago about the anxieties of making new connections, I’ve come to the realization that for me to genuinely and sincerely express appreciation for the virtual world, I need to get out there and experience it. It may mean blogging with slightly less frequency, or getting a bit further behind on keeping up with Flickr, but after such an extraordinary month and a half back in Second Life, I don’t want to risk those impassioned inner fires burning out once more. Even if that means something so simple as being folded in a relaxing pose on a kindred spirit’s boat, my heart bestirred by the sound of the waves and the gaze upon a beautiful vista, it still makes me feel feel as though I were soaring.

“And when that foghorn blows,
I will be coming home …”