When I was younger, I discovered a fascination for learning about what drives the creative mind. I was so inspired by people with artistic souls, so overwhelmed by the innovative works they would create, that I longed to shadow them, merge with them, climb inside their heads and understand their passion and process from within. After some time of feeling such a fevered desire to express creatively and connect with others in the same vein, my like-minded friends and I started a zine together that we typed up surreptitiously on library computers, cutting and pasting the words like a jigsaw puzzle: elaborately scripted titles next to hand-drawn artwork; ponderous think-pieces beside angsty poetry and rambling verse.

We left copies everywhere: stuffed in coffee shop sofa cushions, tacked to bulletin boards around town, pooling in haphazardous piles on the floor of every ‘alternative’ store we knew. Over time, we attracted a small following, and when the Internet became more available, a Geocities page followed. And when submissions trickled in from artists and authors countrywide, I felt I had finally found my collective; yet still, I was unsatisfied. Because reading these amazing words, seeing the drawings, even enigmatically receiving demo tapes, I felt … unworthy, like an impostor. As though I had no hope of measuring up. It was the same anxious feeling that found me able to perform in musicals, where a character’s suit of armor I could don, but terribly shy to strip away the façade and just sing for others, to be the artist and musician I wanted to be all along.

Though it’s been years now, these thoughts still overtake me sometimes with their poisonous vines. And not necessarily in times of strife; this past week or more I’ve been radiantly happy, feeling genuinely wonderful about life. Yet I look at a picture I’ve taken a dozen times, and I can’t tell if I like it, if it’s acceptable, if it’s something worthy of your time or mine. But it’s all just over-thinking, and I’m trying my best to not let doubts overwhelm. Some might say: “Hey, relax – these are just pictures, showing off pixel clothing and virtual sights.” But they have also become a way to express and connect, a means for being artistic, and for finding creative release. I’ve met some of the dearest, most beloved people to me in Second Life through Flickr, whose pictures ignited appreciation, and whose kindred spirits inspired so much more. So they begin as simple pictures, but with luck, like so many springtime buds and blossoms, something takes root and they begin to bloom. ♡ 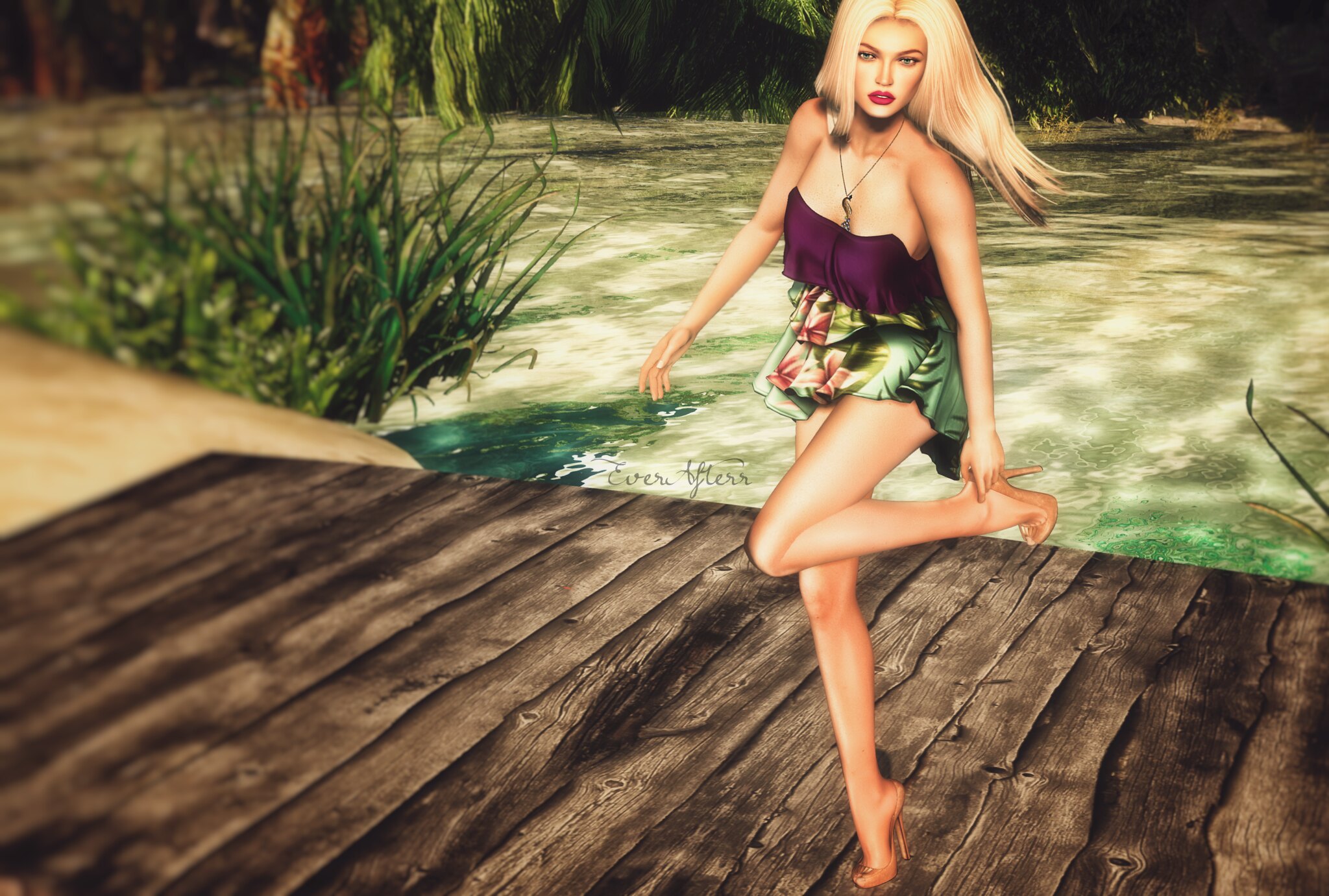